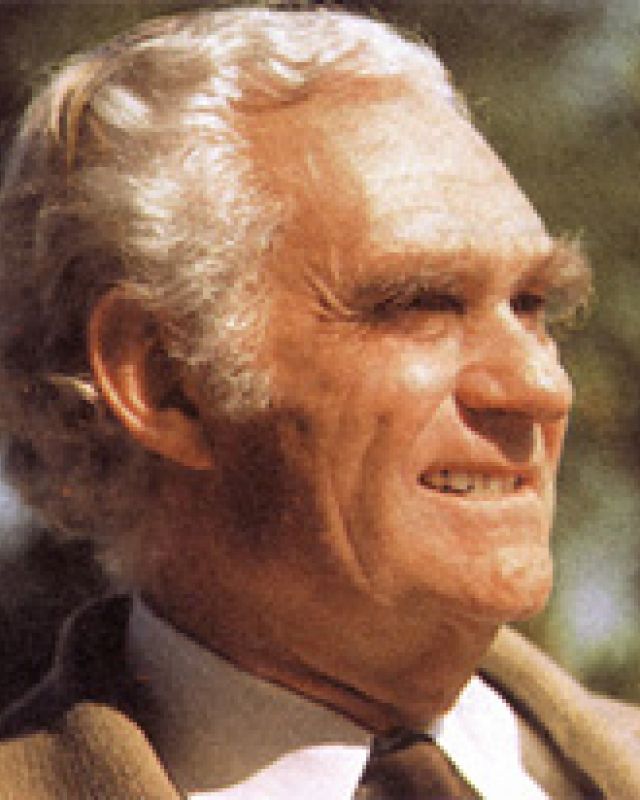 On December 6, 2007, Dr. med. Theodor Wegmann, emeritus senior physician at the St. Gallen Canton Hospital, passed away at the age of 87.

Teddy Wegmann, as his friends called him, was a mycologist of the first hour. He was one of the pioneers of the diagnostics and therapy of invasive life-threatening mycoses. Two preconditions paved the way for his scientific life: In the German-speaking countries Wegmann was a highly distinguished and regarded internist with a broad range of medical experiences, and he closely cooperated with the Basel-based mycologists under Hans Scholer. Both were forerunners of the therapy of invasive mycoses with Amphotericin B and 5-Fluorocytosin – at that time the only active substances. Wegmann was the first clinician who compiled didactically transparent, synoptically analyzed anamneses of mycosis situations; with many years of broad-based advanced education these generated the “mycological awareness” of hospital physicians in the German-speaking countries. Wegmann summarized his experiences in the monograph Medizinische Mykologie – ein praktischer Leitfaden which was published in six editions between 1979 and 1994, one of these also in English.

Over many years Wegmann, in collaboration with Manfred Plempel and later with the writer of these lines, chaired the department “Antimycotic Chemotherapy” of the Paul Ehrlich Society for Chemotherapy filling its meetings with powerful contents. He was also present at the conferences of the German-speaking Mycological Society and at the conference in Freiburg i.Br. in 1986 he and Hans Scholer were awarded the honorary membership. A comprehensive appreciation of his life work was published in the Mykologie Forum 1/2006.

Teddy Wegmann was not only a great physician at the patient’s bedside, he was also a gifted, convincing teacher and reliable and innovative in his collaboration with other scientists. His impressive humanistic educational background made him a brilliant conversationalist. Everybody who was fortunate enough to know him will always remember him.

Preceding his obituary, his family quoted from Plato’s “Apology of Socrates”:

Be of good cheer about death,
and know this of a truth –
that no evil can happen to a good man,
either in life or after death.
The hour of departure has arrived, and we go our ways –
I to die, and you to live.
Which is better God only knows.

Our feelings and sympathy go to his family who loved and admired him.