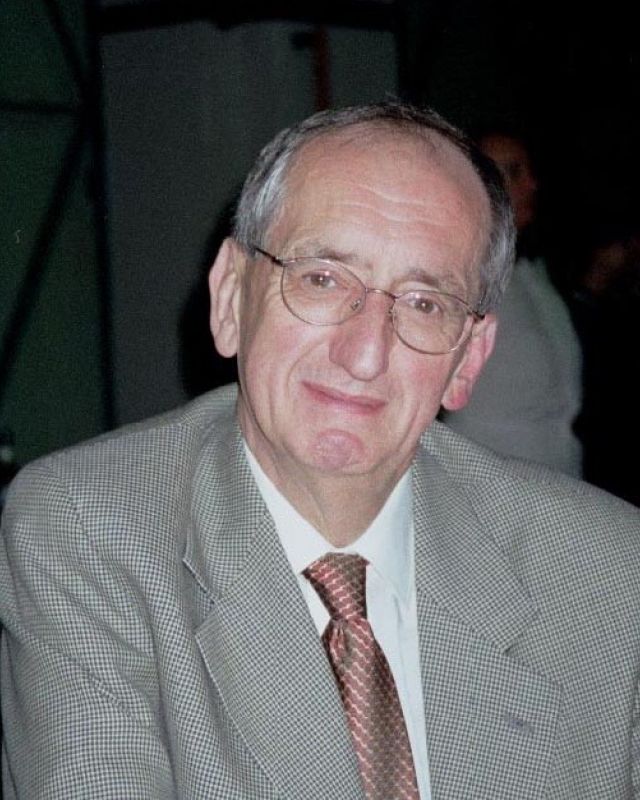 The unexpected loss of a person who commanded so much affection and respect throughout the world of medical mycology is a shock that is hard to bear.  Glyn Evans died on August 4th 2003 after several bouts of pneumonia.  His achievements and contributions to our work in combating fungal disease live on.  We can temper our sorrow at losing Glyn with the fond recollection of the ways he touched the lives of so many of us, professionally and personally.  A former Secretary then President of the BSMM, Glyn Evans is someone who impressed all who knew him with the strength of his personality, his sense of humour and his obvious professionalism.

Glyn entered the world of medical mycology via his PhD research on Cryptococcus neoformans at the University of Glasgow in Scotland.  He was a favourite protégé of his supervisor, Jimmy Gentles, a founding father of British medical mycology.  In 1970 Glyn moved to Leeds University, in the North of England, to take up post as a lecturer.  He soon expanded his activities from teaching and running a routine mycology diagnostic service in the Dermatology Department into scientific and clinical research.  Glyn collaborated actively with his colleagues in medical and surgical departments and undertook many joint projects on the epidemiology, serodiagnosis, pathogenesis and treatment of mycoses.

As his career evolved, Glyn became renowned internationally as a world-class authority on superficial mycoses, and many of his more than 100 publications concern the diagnosis and treatment of fungal infections of skin nails and mucosae.  He provided the laboratory support for more than 20 clinical trials of antifungal agents in dermatology.  During the 31 years Glyn worked at Leeds (and moved steadily up the ranks to Senior Lecturer then Professor) his diagnostic service expanded into a fully accredited reference laboratory, ultimately becoming one of the two UK Public Health Laboratory Service Mycology Reference Laboratories, with Glyn as its Head.  He co-authored seven books on medical mycology and microbiology and lectured on fungal disease at venues all round the globe.

This rather formal account of his professional achievements does no justice to Glyn Evans’ constant hard work as an initiator of projects that create and sustain awareness of mycology and its contribution to medicine.  Examples of his advocacy of our field are many and varied.  Glyn set up the British Society for Medical Mycology (BSMM) working party on fungal serodiagnosis.  He initiated the BSMM course in diagnostic mycology that is now known throughout the UK as “the Leeds course” and which has become the national standard for training medical laboratory personnel in the art of fungal culture and identification.

He set up a one-year course at Leeds that turned out graduates with masters’ degrees in medical mycology.  This course attracted many participants from countries outside the UK, particularly from the Far East, and led to Glyn’s widespread international links for teaching abroad.  His networks included institutions in India, China and South America, and he was rewarded with an honorary professorship from the University of Beijing in 1999.  His international participation also included seven years as Chief Editor of what Medical Mycology – the ISHAM journal — then known as J. Med. Vet. Mycol.  He moved on to become Secretary, then President of ISHAM, and was accorded honorary membership of ISHAM in recognition of his many years of devoted service to our society.

Devoted service is the hallmark that characterizes Glyn Evans’ life.  Few people are willing to take on the burdens of administration and organization that Glyn always seemed to tackle with enthusiasm.  He enjoyed creating and managing projects that provided frameworks from which others could benefit.  This is self-evident from the courses he instituted and the scientific meetings he organized.  But even at the local level, he spent several years as adviser to undergraduate students who lived in University accommodation.

Many of those who worked for or with Glyn at an early stage chose to remain in the medical mycology arena for the rest of their careers: the hallmark of an inspirational leader.  The list of individuals who owe Glyn such a debt of gratitude includes David Warnock, Malcolm Richardson, Peter Donnelly, Valerie Hopwood and the present writer.

Travel abroad was, to Glyn, both an immense pleasure and a health hazard: the latter because his lungs often reacted badly to long-distance flights.  He never complained; he always arrived on time to give presentations and chair meetings, even when he was unwell.  He was a true professional, who refused to let his lifelong medical problem interfere with his work.

He moved from Leeds to Cardiff in 2001.  This completed a kind of cycle, since the University of Cardiff was Glyn’s alma mater.  His intention in Cardiff was to “slow down a bit” — reduce his working hours and commitments and plan for retirement — and he set about slowing down in his characteristic way.  He had always had a passion to be an entrepreneur, so in addition to his contractual obligations to a diagnostic mycology service for the Cardiff area, he founded a company that provided commercial mycology laboratory services for clinical trials.  Glyn was an unstoppable enthusiast for his mycology work; true retirement would not have come easily to him.

Glyn was a wonderful person to count as a close personal friend.  I can now no longer pick up a telephone and seek his friendly advice, or comment, or the wit that was invariably a tonic when feelings had run low.  Glyn and I shared a sense of humour that some find extreme; but without a healthy conviction that every human activity has a comic side, one can too easily become depressed at the state of the world we live in.  Glyn’s smile could warm a room; his laughter infected many people.  “At least you know you’re alive!” he would exclaim when events prodded one or both of us into some new activity we may not have sought and did not necessarily relish having to do.

Now he is gone.  His widow, Rosalind, and his two sons, Alun and Hywel, to whom he was very close, grieve for him.  The news of his death caused a large and spontaneous outpouring of tributes to his family, who had truly not previously appreciated the extent to which his colleagues held him in esteem.  He lived life both for its own enjoyment and to help and support those who could benefit from it.  None of us who knew Glyn Evans can ever possibly forget him.