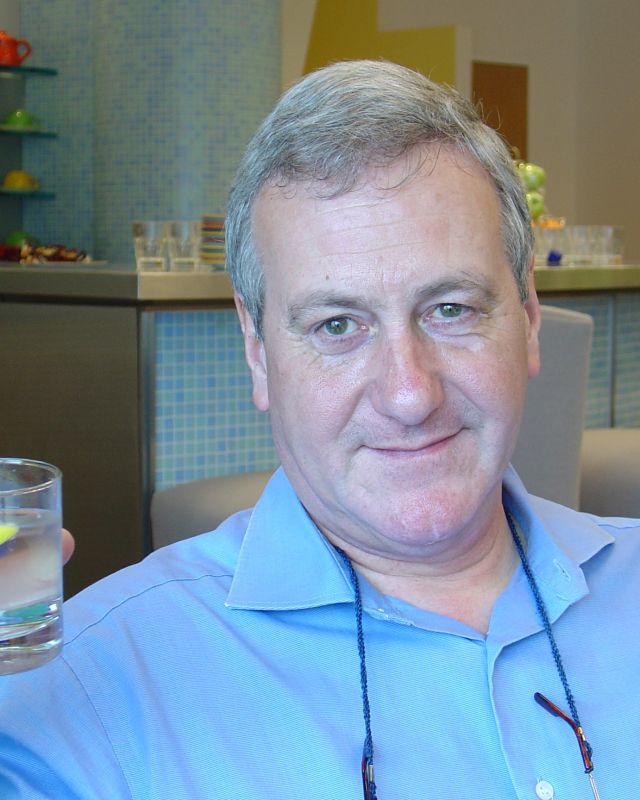 Professor Frank C Odds, a world leading authority in medical mycology died peacefully in his home in Aberdeen on July 7th 2020 at the age of 74.  Frank was recognized internationally for his studies of fungal pathogens and the diseases they cause, particularly in the context of Candida infections and antifungal agents.  He was one of very few scientists in the world who was recognized as an authority by academics, clinicians and those in the pharmaceutical industry.  Professor Odds was prominent at major conferences as someone who was entertaining, thought-provoking and informing in equal measure. He was an inspiring scientist, a wonderful colleague and mentor, and a great friend to an uncountable number of people in the medical mycology community.  He wrote the defining text Candida and Candidosis, which remains a major authority on this organism well after the publication of its last edition in 1988, as well as around 300 original research and review articles on the pathogenesis, diagnosis, epidemiology and treatment of fungal infections.  He was listed in the ISI Most Highly Cited Scientists (Microbiology) database in 2007.
Frank made many seminal contributions to his field.  His method for biotyping C. albicans isolates was adopted by many other laboratories internationally until DNA typing methods supplanted the phenotypic approach.  He then played a major role in the determination of the population structure of C. albicans and other Candida species by multi-locus sequence typing (MLST) that opened novel avenues for the exploration of virulence factors in the fungus across clinical isolates from different phylogenetic groups. He served as curator for the Candida MLST database for many years and his efforts to devise MLST for C. parapsilosis led to the discovery of two new Candida species, C. metapsilosis and C. orthopsilosis.  He adopted novel approaches to further understand the cellular and molecular basis of development of cell shape in C. albicans including the use of azole antifungal compounds as specific inhibitors of hyphal branch formation, and image analysis to establish a mathematical basis for the description of cell shape, such as the "morphology index", Mi.  He helped to establish the role of secreted proteases as Candida virulence factors and, along with Reinhard Ruchel’s group, published the first sequence of a Candida protease gene.  Frank was a leading authority in animal models of fungal infection and showed, for example, how the adjustment of inocula to equal potency in terms of lethality facilitates monitoring of post-challenge virulence effects.  Along with Donna MacCallum he devised a 3-day infection model that facilitated rapid evaluation of the relative virulence of Candida strains and mutants.
Frank was an authority on antifungal drugs having led the antifungal drug discovery programme as Director of Bacteriology and Mycology at the Janssen Research Foundation (Johnson & Johnson) in Belgium for 10 years.  While there, he played a major role in the development of azole and triazole antifungals.  Eighteen patents bear Prof. Odds’ name as co-inventor and he served as a consultant and/or experimental contractor for more than 20 pharmaceutical companies.  His work in this area meant he was involved as the chief coordinator on the reports of numerous international studies, clinical trials and case reports of antifungal agents.

Born on 29th August 1945, Devon, England, Frank was educated in the South West of England.  He undertook undergraduate and PhD degrees at the University of Leeds.  He became a visiting Fellow at the Center for Disease Control, in Atlanta USA (1970–72) before returning to the UK to undertake a postdoctoral fellowship at the University of Leeds (1972–75).  From there he took up his first faculty role as lecturer and then senior lecturer in Medical Microbiology at the University of Leicester, UK (1975–89).  He then became Director of Bacteriology & Mycology, Janssen Research Foundation, Beerse, Belgium (1992–99) before moving to his final academic role in 1999 as Professor of Medical Mycology in the Aberdeen Fungal Group at the University of Aberdeen, Scotland.  He retired in 2009.

Frank’s honours included Fellowship of the Royal Society of Edinburgh, Fellowship of the American Academy of Microbiology, and Honorary Membership of the British and International Medical Mycology societies.  He was awarded many prestigious prizes including an ISHAM award and medal, the Maxwell L. Littman Award from the New York Medical Mycology Society, and a Pfizer Award in Biology.  He was also awarded an MRCPath and FRCPath in recognition of his clinical expertise.

Frank helped in large measure to establish the reputation of the emerging Aberdeen Fungal Group as a pre-eminent presence in medical mycology and was an integral part of the foundations upon which the current University of Exeter MRC Centre for Medical Mycology was established in 2019.  At Aberdeen, he established multiple close academic partnerships and friendships with other members of The Aberdeen Fungal Group and was involved in establishing their Wellcome Funded Strategic Award, which further advanced cross-institutional collaborations in the UK and the training of early career researchers from low and middle income countries.  Many of his former students now hold independent positions around the world.

Frank had many interests and immersed himself in everything he did.  He was a concert standard pianist and he played the piano for the singsong at the BSMM annual meeting that was an integral part of the traditions of this society.  He was a true polymath: not only a world authority in medical mycology, but also with major interests in the relationship between science and pseudoscience as well as in computing and the capturing of information in databases.  He wrote, for example, the world’s smallest ever program for word processing, which was listed in the Guinness Book of Records from 1985 for the following 7 years.  As a teenager, he discovered a geometric algorithm called “spirolaterals”, which have since gone on to be used architecturally and in design, as well as in mathematical education.  His serious academic credentials were complemented by his wicked sense of humour and sense of fun.  His seminar on “How Not to Give Seminar” was an example of his ability to inform and entertain in the same breath.  He was a loyal friend to an extended scientific family, and a passionate supporter of many students, postdocs and established scientists as well as many researchers at all levels of seniority.

Frank was a devoted family man, and, with a keen interest in photography, he enjoyed cataloguing the many adventures, travels and holidays of his wife Ali, and children Jo, Kathy and Graham on film and in pictures.  Recently he became the proud grandfather to Malcolm, Fraser and Jessica.

To say Frank will be missed does not do justice to the sense of loss of his family, friends and colleagues.  However, he leaves an incredible and indelible academic legacy as well as many happy memories in the medical mycology community where he devoted his energies so generously and tirelessly.