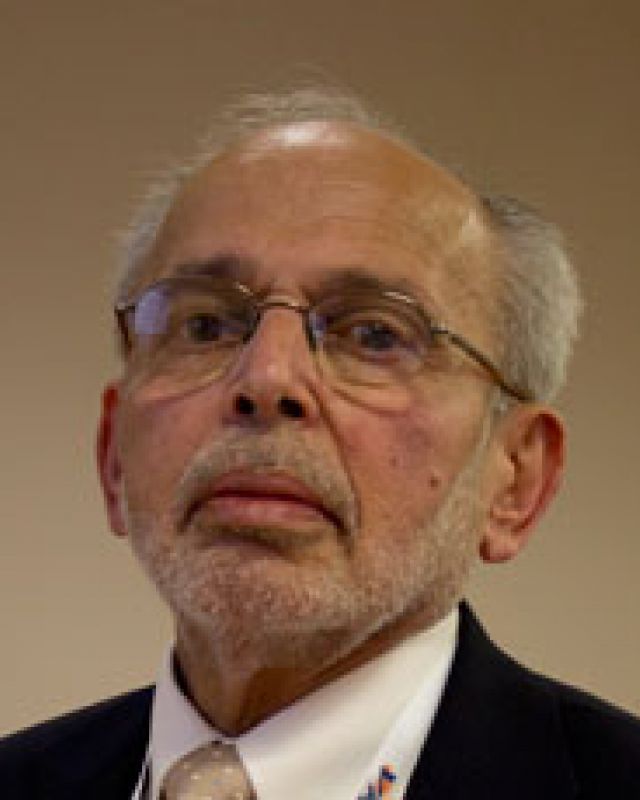 Ira F. Salkin, PhD died on March 2, 2016 having lost his long battle with COPD and congestive heart failure.  His passing is a great loss to the community of medical mycology.  Born in Chicago, Ira attended Northwestern University for both his Bachelors and Master degrees (1959-1964) prior to moving west to earn his PhD in 1969 from the University of California, Berkeley.  Ira began a long career in mycology with his doctoral work, where he used his NSF pre-doctoral award to study the biology of aquatic fungi.  Upon completion of his PhD he moved east to Albany New York where he spent the next 32 years with the New York State Department of Health in the Wadsworth Laboratories, later to become a Director of numerous State laboratories and programs.  These included the Medical Mycology Laboratories, Clinical Laboratory Approval Program, Biological Safety, Medical Waste and Quality Control.  During his career he published more than 120 articles in peer-reviewed journal and chapters in textbooks.

Ira was deeply involved in several scientific societies and was recognized by his peers for his energetic efforts in these societies. He was a long-standing member the American Society for Microbiology, was the Chair of Division F in 1990-91 and was elected as a Fellow of the American Academy of Microbiology.  He received the Lippmann Award for Scientific Achievement of the Medical Mycology Society of New York. In 1991, Ira was awarded the Billy H. Cooper award from the Medical Mycology Society of the Americas in recognition of his efforts in clinical mycology, as well as the Meridian Award.  In 2015, Ira was granted the Distinguished Service award by ISHAM, which speaks for itself.

Ira’s great passion was scientific publication ranging from the ethics of publication to journal editing, which amounted to possibly some of his greatest contributions Over  the last 25 years Ira served as an Editor of the Journal of Clinical Microbiology from 1990-2000, the Editor-in-Chief of the Journal of Applied Biosafety from 2001-2004, and from 2004 through 2015 he was the Editor-in-Chief of Medical Mycology. This also made him an ex officio member of the Council of ISHAM.  As part of his efforts for Medical Mycology he organized very popular sessions at three separate ISHAM congresses directed toward young scientists on how to write and publish a scientific paper.  His speaking style and wit, intermingled with his pearls of publishing and writing wisdom, were always well received. He was a  very difficult act to follow especially if you were the next speaker. His efforts as the Editor in Chief of ISHAM’s own journal, Medical Mycology, were unparalleled as he raised the visibility and impact of the journal but also improved the quality of many articles as copy editor and even smoothed the grammar of the accepted manuscripts.  This may not always have been received well but most authors were very pleased once they saw their work in press. As relayed to us by his loving wife Kay, “Ira was always happiest when sitting at his computer working on a manuscript”.

For those of us privileged to know Ira well, he was a man with a very quick, dry wit, had an eager willingness to “argue” a point aggressively without hostility and was someone who had  vast life experience, which he was willing to share especially over a night cap of a good malt uisge beatha or "water of life" of Scottish provenance.  His liberal views in politics and other areas, possibly a holdover from his days in Berkeley in the ‘60’s, guided these discussions.  Ira enjoyed many informal symposia i.e., a fine meal  and libation during which he and his companions solved many of the problems of the world.  Ira was a good colleague and a great friend to many and selflessly put others ahead of himself.  He was indeed a scholar and a gentleman. Those of us who counted Ira a friend will miss him greatly. The Medical Mycology community has also lost one of its shining beacons.
Ira is survived by his devoted wife, Kay (Brown) Salkin; stepdaughters, Lori Hewig and Beth (Gerard) Weir; stepson, William (Tracy) Schwarz; son, Daniel; and grandchildren, Lindsay and Elise Weir, and Benjamin and Cameran Schwarz. Ira was pre-deceased by parents, Irving and Mollie Salkin, and brother, Marshall Salkin.

We invite anyone wishing to relate a story concerning Ira to send it to the ISHAM website for inclusion in this tribute to an important member of the Medical Mycology community.