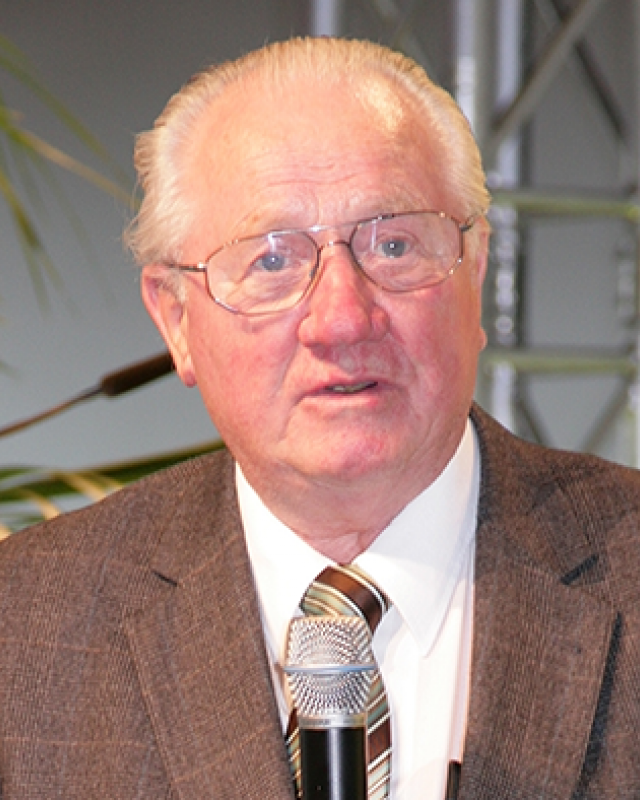 With Prof. Dr. rer. nat. Johannes Müller, the community of mycologists has lost an outstanding personality and a pioneer of medical mycology.
Johannes Müller was one of the most distinguished mycologists in Germany. He was an enthusiastic scientist with special expertise in the entire spectrum of Medical Mycology, an important and committed mentor for many scientifically and clinically active mycologists.

Through his eminent scientific achievements, his broad interest, his charisma and his committment to the scientific community, he gained highest international respect and recognition, reflected by his election to the Board of the International Society for Human and Animal Mycology (ISHAM). From 1975 to 1981, he served  as Treasurer, from 1982 to 1984 as Vice President and from 1994 to 1996 as President of the Society. The excellent relationships of the German speaking Mycological Society (DMykG) with other mycological societies in Europe and worldwide were  founded by Johannes Müller, to whom international collaboration and communication was a matter of highest importance. He was an Honorary Member of the British Society for Human and Animal Mycology (BSMM) and a Corresponding Member of the Société Française de Mycologie Médicale (SFMM).

Johannes Müller chaired The German Mycological Society from 1990 to 1993. During his term, the two German Societies for Medical Mycology were united, a process that was majorly advanced through his empathic and cooperative nature. The DMykG honoured him for his contributions to the Society by awarding him the Schönlein Medal (1994) and ultimately, the Honorary Membership (1997).

On his initiative, the DMykG joined the European Confederation of Medical Mycology (ECMM) in 1993, which had just been founded. Most importantly, the scientific journal Mycoses became an internationally recognized journal under his leadership; a very special achievement as long-standing Editor-in-Chief (1986-2004).

With Johannes Müller, we are losing a highly esteemed and amiable member of our community. He was a role model for many of us and and every encounter with him has been a joy. He was always dedicated, sincere, friendly and supportive.

The German speaking Mycological Society is deeply grateful for his many years of reliable and faithful work and guidance; we will always remain united with him.

We mourn with his family, who has our deepest compassion for the loss of a good-hearted and wonderful person.