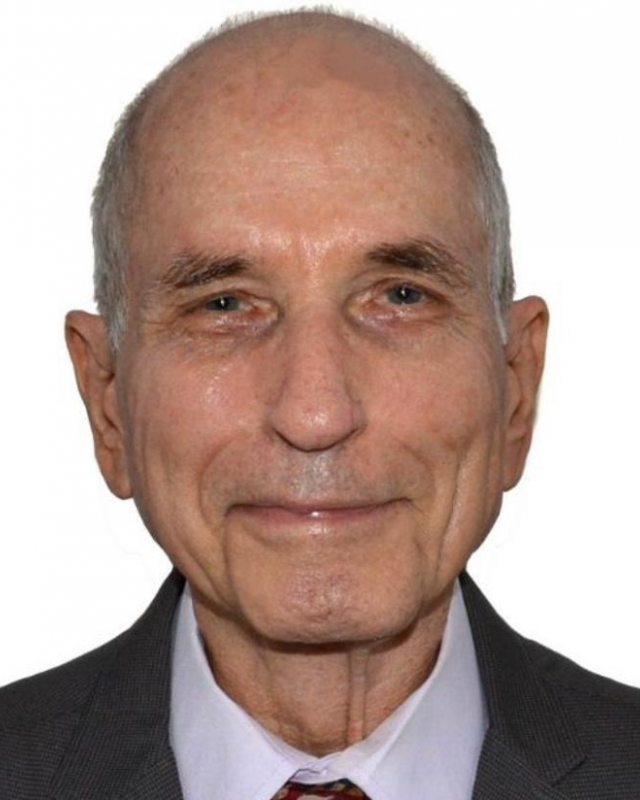 Professor Bodo Wanke, emeritus researcher at the Evandro Chagas National Institute of Infectious Diseases (INI), Oswaldo Cruz Foundation (FIOCRUZ), Laboratory of Mycology, and coordinator of the National Reference Laboratory for Systemic Mycoses (CGLAB/SVS/MS), passed away from complications of COVID-19 on July 22, 2021. Born in 1941 in the Brazilian State of Espirito Santo, he graduated in Medicine at the Federal University of Rio de Janeiro (UFRJ) and obtained his master and doctorate degrees in Infectious and Parasitic Diseases, also at UFRJ. In 1980 Dr. Wanke founded the Laboratory of Mycology at INI, Rio de Janeiro, where he also acted as permanent professor of the Stricto Sensu Graduate Program in Clinical Research in Infectious Diseases.

Dr. Wanke’s research focused on understanding the host and the pathogen, while also studying environmental associations, what is currently known as the One Health approach. As an expert in the diagnosis of mycoses, he devoted more than 40 years to the study of endemic mycoses in Brazil, mainly coccidioidomycosis, paracoccidioidomycosis, histoplasmosis, cryptococcosis, and sporotrichosis. He was the first to detect coccidioidomycosis in Brazil. A research program aimed to detect and monitor coccidioidomycosis microepidemics in armadillo hunters in the State of Piauí (Brazil), and his report of the first and only outbreak of paracoccidioidomycosis so far described (Rio de Janeiro, Brazil) stand as two milestones of his brilliant scientific career. Over his long research career, he broad researchers from different areas through countless collaboration within Latin America, the USA, Europe, and Australia together to tackle a wide variety of mycological problems. As a result of his field and clinical studies, he was hugely instrumental in establishing a large mycology reference culture collection at FIOCRUZ. To provide mycology an official platform in Brazil, he cofounded the Brazilian Society of Mycology for which he also served as president. More than 160 peer-reviewed publications and 53 book chapters are testimonies of his devotion to medical mycology, for which he was called to serve on the editorial board of several journals, among them PloS Neglected Diseases and Mycopathologia.

He was the recipient of numerous awards in Brazil and abroad, for his excellent teaching and contributions to the field of Medical Mycology. He was an Honorary Member of the Brazilian National Academy of Medicine (ANM) and of the International Society for Human and Animal Mycology (ISHAM). His devotion to the training of young people and transmitting his vast knowledge of Medical Mycology, built around him a notable and exemplary leadership. Foreseeing to huge possibilities offered by the advancements of molecular biology to open up new ways to faster and more accurate diagnoses of mycoses, he established in 2013 the “International Course on Molecular Methodologies for Epidemiology and Diagnosis of Invasive Fungal Infections”, which is since thought yearly at FIOCRUZ, with an increasing number of national and international students. Proof of this are the dozens of undergraduates, master and doctoral students, an entire generation of medical mycologists in Brazil who give credit to Dr. Wanke’s outstanding and influential mentorship.

For over 25 years he travelled intensively through several counties in the semi-arid and Cerrado ecoregions of the Brazilian State of Piauí, following track of endemic mycoses in that region. This work allowed him to become highly knowledgeable of the Piauí landscape, people, and traditions, so much that the local authorities deservedly granted him the title of citizen of Piauí, a tribute that greatly honored him.

He also was tireless working to bring early diagnosis of cryptococcosis to remote areas, undertaking several trips with his team to isolated communities in the Amazon, offering free medical advice and organize essential treatment whenever it was needed.

Dr. Wanke was a serene, generous, and humble character, always open to listen and offer advice for anybody who needed it. During his free time, he enjoyed reading books, traveling, and spending time with family and friends. Bodo is survived by his wife and research collaborator Márcia Lazéra, daughter Bruna, son Peter and stepson Leonardo. To them our deepest condolences. Bodo will be sorely missed by the mycological community of Brazil and beyond.