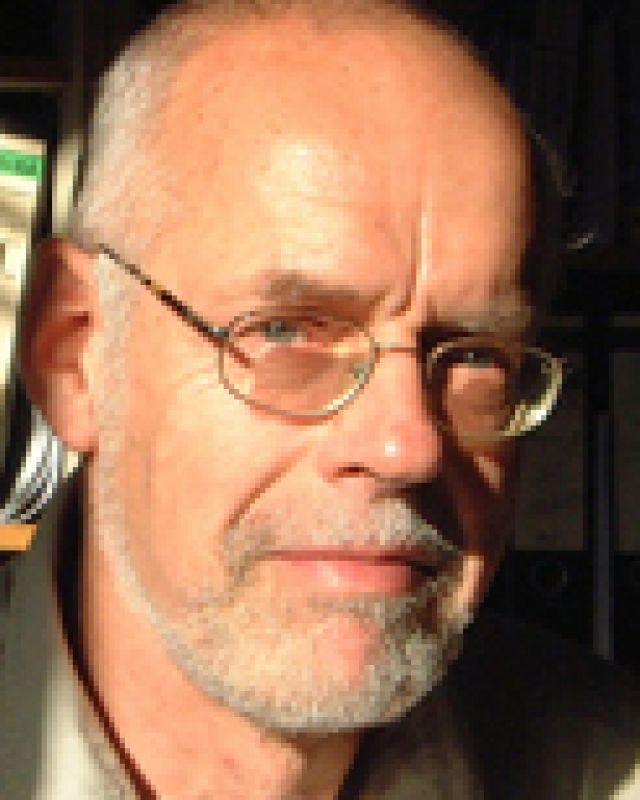 On November 13th 2013 Professor Reinhard Rüchel has passed away at the age of 69 years in his hometown Bovenden.

Reinhard Rüchel was born on April 26th 1944 in Schreiberhau in Schlesia near the Karkonosze Mountains. In 1945, in the aftermath WWII, he was displaced to the village Dieckhorst, near Gifhorn in Lower Saxony. In 1963, at the age of 19 years, he moved to Bovenden, where he and his wife Heidemarie later created their home.

From 1965 to 1970 Reinhard Rüchel received a prestigious scholarship from the German National Merit Foundation (Studienstiftung des Deutschen Volkes) to study medicine at the University of Göttingen. After completing his studies he joined the laboratory of Prof. Neuhoff at the Max-Planck-Institute for Experimental Medicine to work on his doctoral thesis entitled ‘‘Mikroelektrophorese von RNS-Basen – Anwendungen zur Untersuchung bestimmter Hirnregionen’’. His work received the highest possible grade („summa cum laude“), and was so successful that it influenced his entire further career as a fundamental researcher.
From 1974 to 1977 he received a scholarship from the Max-Planck-Society to work at the Washington D. C. Armed Forces Institute of Pathology and the Rockefeller Institute in New York, USA. After his return to Germany he spent one year at the Max-Planck-Institut für Ernährungsphysiologie as a scientific assistant in the lab of Prof. Maelicke.
In 1979 he was offered a research assistant position by Professor Reiner Thomssen at the Department for Medical Microbiology of the Georg-August-University Göttingen. Five years later, in 1984, he habilitated in the field of Medical Microbiology. The same year he became head of the bacteriology and mycology diagnostic laboratories of the institute. In November 1985 he advanced to the position of an „akademischer Rat“, and in December 1988 to „akademischer Oberrat”. On Mai 11th 1987 he received the „Facharztanerkennung für das Gebiet Mikrobiologie und Infektionsepidemiologie“ and was eventually awarded Professorship in 1989.
In the beginning of the 1990s, Reinhard Rüchel took on a full professorship for molecular mycology at the Georg August-University Göttingen. It was the first professorship fully devoted to modern molecular aspects of mycology in Germany. In fact, many advances in basic research in this field would be unthinkable without the work of Reinhard Rüchel. He significantly contributed to today’s understanding of Candida mycoses.
After the retirement of Professor Reiner Thomssen in 1999, he closely cooperated with his successor, Professor Uwe Groß. Within short time, they together founded the German National Reference Center for Systemic Mycoses in Göttingen. Eventually, Professor Reinhard Rüchel enjoyed his well-deserved retirement from 2007 onwards.

The first biochemical description of the secretory proteinases of Candida albicans by Reinhard Rüchel, a feature originally identified in 1968 by Friedrich Staib, was a pioneer work, this being the first virulence factor in Candida described in detail (Rüchel (1981) Biochim Biophys Acta 659:99-113). This work also produced a specific antibody against the protease which was used successfully by many studies in the following years. A highlight was the first detection of the protease in human tissues (Rüchel et al. (1991) Virchows Arch A Pathol Anat Histopathol 419:199-202) with this antibody. Subsequent studies were focussed on the substrate specificity of these proteinases, and most of our current knowledge is still based on his work (Rüchel (1992) Proteinase. p. 17-31. In J.E. Bennett, R.J. Hay, and P.K. Peterson (ed). New Strategies in Fungal Disease. Churchill Livingstone, Edinburgh).
In 1991 he and his team, together with the bacteriologist and virologists of the institute, finally succeeded in the identification, cloning, and sequencing of the first proteinase gene of C. albicans. (Hube et al. (1991) J Med Vet Mycol 29:129-32), and thereby with the first known DNA sequence of a virulence factor in C. albicans. In the same year, Reinhard Rüchel received the first research award of the German speaking Mycologic Societey (DMykG) for these outstanding research achievements. Consequently, the first description of the proteinases of C. albicans by Reinhard Rüchel was honored by introduction into the “who is who” in Candida research (Candida and Candidiasis (2002) Calderone R. Editor, ASM Press).
Doubtless, the extracellular proteinases of C. albicans are among its most extensively studied virulence factors, a field that still progresses today. No other virulence factor has received as much attention and for no other such a wealth of information exists. In the years 1985 to 1999 alone, the number of publications dealing with the C. albicans proteinases rose from only 8 to more than 30 per year. It seems unlikely that without the pioneer work of Reinhard Rüchel they would have been in the focus of the Candida research community as extensively.

Reinhard Rüchel was a leading figure in German mycology for his entire career and motivated many researchers to become part of the field. His lectures on clinical bacteriology were very popular among students, and also by the institute’s staff. There, one could follow his detective instinct and competence in interpretation of laboratory results, and most importantly feel his close relationship to patients. His reliability in consultation of clinical colleagues was renowned throughout the university clinic and the surrounding hospitals. With the experiences of these cases he enriched teaching in a colourful and easily understandable style. He was unique in his lively descriptions of the multitude of medical paradigms, such as clinical picture, aetiology, transmissibility, pathogenicity, diagnostics, therapy, and prophylaxis.
One of most fruitful abilities was to connect basic research with clinical and diagnostic aspects. His approach to use optical brighteners (Calcofluor White) as a specific stain in rapid diagnostic microscopy is one of today’s standard tests routinely used to screen patient specimen for yeasts and moulds. His dream, to eventually use these substances as vehicles to target antifungal drugs specifically to the local sites of fungal infections, however, remained unfulfilled. Nevertheless, this approach shows his way of thinking; a unique combination of medical observation and biochemical interests. His studies reflect his technical skills, his practical approaches and his innovative spirit. His doctoral students were always impressed by the breadth of his knowledge. With ease he would draw upon his literature-filled shelves and draw exactly the one publication that was most relevant to the ongoing discussion.

His knowledge was by far not restricted to medical or biochemical sciences. He loved the outdoors, could passionately talk about the phylogeny of orchids he had discovered while walking the fields near his home as much as architectural details, historical facts or even technical aspects of locomotives. None of his friends or visitors to his home will forget the miniature electric train that was going from his cellar out into his garden.

Reinhard Rüchel was a modest, most warm-hearted and compassionate person, who would suffere along with his patients where he was not able to help. Already strongly afflicted by illness, he participated one last time at the annual meeting of the DMykG, his scientific family. Here, he was able to say farewell to many of his friends and colleagues

With Reinhard Rüchel we have lost a pioneer in medical mycology and a most loveable person. Together, we mourn the loss of our cherished teacher, advisor, and colleague.