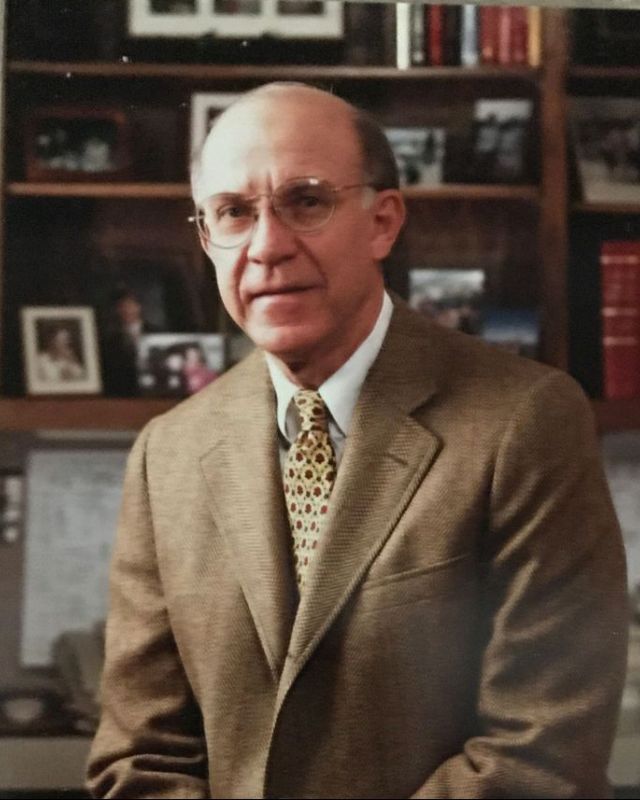 William Ernest Dismukes, MD, Professor Emeritus and former head of the Division of Infectious Diseases at the University of Alabama at Birmingham (UAB) School of Medicine, passed away peacefully on 19 June 2017, at the age of 78 years. Bill made important contributions to the field of clinical mycology and infective endocarditis through his scientific and clinical observations, educational efforts, involvement in the development of clinical trials, and leadership in the development of treatment guidelines. The treatment guidelines for fungal infections were the first of their kind and were among the most oft-quoted and influential standards available at the time.

Bill was born on 18 February 1939 in Montgomery, Alabama, where he spent his most of his youth. An excellent high school athlete, Bill attended Vanderbilt University in 1957 where he played on the freshman basketball team. He transferred to the University of Alabama in Tuscaloosa and graduated with great distinction in 1961. He attended the UAB School of Medicine, where he was awarded the Dean’s Medal in 1964 for top student in his graduating class. He then did his internal medicine internship and residency at The Peter Bent Brigham Hospital in Boston before joining the Public Health Service as an Epidemiologic Intelligence Service officer in the Hepatology Branch in 1966. He became its acting branch chief in 1967. He returned to Boston to complete his residency, followed by infectious diseases training at The Massachusetts General Hospital under the mentorship of Dr Mort Schwartz.

“Dr D”, as he was affectionately known, joined the faculty at the UAB in the Department of Medicine, Division of Infectious Diseases in 1971, where he quickly emerged as a genuine triple threat faculty member: a skilled clinician, superb teacher, and innovative investigator. Bill also was an extraordinarily able administrator. He served as director of the Internal Medicine Residency Training Program from 1982 through the mid-1990s, as the director of the Division of Infectious Diseases from 1990 until his retirement in 2007, and twice as interim chairman of the Department of Medicine. Very few individuals have the energy and skill set to simultaneously hold these positions while maintaining a full clinical practice and leadership of a national fungal research network. It was truly a remarkable accomplishment.

Bill’s contributions to clinical medicine were broad, but ultimately focused on patient outcomes and optimizing treatment strategies. Bill was the original principal investigator of the National Institute of Allergy and Infectious Diseases Mycoses Study Group (MSG), a group he led for almost 30 years (1978– 2006). Under his leadership, the MSG was involved in the publication of more than 130 original articles, book chapters, reviews, editorials, and high-impact presentations at national and international meetings. Bill’s interests in clinical mycology were comprehensive and reflected in the group’s remarkable achievements, including the first large randomized treatment trials for cryptococcal meningitis, histoplasmosis, coccidioidomycosis, blastomycosis, and candidemia/invasive candidiasis. The culmination of his tenure within the MSG was the initiation of the first combination study for the treatment of invasive aspergillosis. The results of these MSG-sponsored studies became and remain the reference standards to which many other clinical trials in infectious diseases are compared. Indeed, one could argue that these studies taught many of us in clinical research how to properly approach, design, and conduct statistically sound randomized studies in infectious diseases.

Of supreme importance to Bill in his professional life was his role as a mentor for young and aspiring physicians. In more than 35 years as a member of the Department of Medicine and Division of Infectious Diseases at UAB, Bill mentored and shepherded countless students, residents and fellows toward successful and fulfilling careers in medicine. Some he led into purely clinical roles, others into clinician-educator roles, and still others as clinical investigators. He did so unselfishly, always putting his trainees’ interests before his own. He was quick to offer meaningful opportunities in clinical, teaching and research activities so that those interested in pursuing these avenues could gain visibility and experience. His fforts were not limited to those at UAB but extended to many colleagues at distant institutions. He had an eye for clinical talent and was always willing to offer guidance to anyone who requested his assistance.

Throughout his career, Bill received numerous honors: Phi Beta Kappa (UAB), Alpha Omega Alpha (UAB School of Medicine), the Dean’s Medal (UAB School of Medicine), and the American Society of Microbiology’s Aventis Award in 2001. Bill was perennially named Best Clinical Teacher and Best Clinical Professor in our Department of Medicine. He was a prolific writer, publishing more than 140 manu- scripts and 78 chapters, and a founding editor of the textbook Clinical Mycology, and he served on the editorial boards of Antimicrobial Agents and Chemotherapy and the Journal of Infectious Diseases. Bill was active in the American College of Physicians; he was elected fellow in 1976, master in 1996, and then governor of the Alabama chapter, serving from 1999 to 2003. After his retirement from UAB in 2007, Bill became an emeritus professor, and an endowed professorship was created in his name to honor his legacy.

Bill’s contribution to the science of clinical medicine was enormous, but his strongest legacy is as a devoted husband and father and a community leader, including as an elder in the Independent Presbyterian Church in Birmingham. He was married to his best friend and soul mate, Pidgie, who passed away from complications of ovarian cancer a er 47 years of marriage to Bill. He enjoyed traveling and skiing with his 3 children Amy, Jay, and Scott, and his 7 grandchildren. He was an avid gardener and birder and a tenacious opponent on the tennis court.

Dr Dismukes will be remembered for many of his academic contributions, especially those he made toward developing clinical mycology into a viable field and academic pursuit. It can be said about Bill, along with few other giants of his era, that he helped to put clinical mycology “on the map.” Those of us fortunate enough to work closely with Bill will forever appreciate his unique candor coupled with kindness, a giving heart, warmth, genuine concern for his colleagues, and loyalty as a friend. He was a one-of-a-kind individual, a doctor’s doctor, devoted to physician education and patient care.

George Karam, one of his trainees, likens the role of being a mentor as the same as being a parent, where the gifts of education and training are given unconditionally with no expectation of direct benefit back to the mentor. Rather, the reward of successful mentorship is simply the joy of watching those who we train succeed. In this regard, those of us whom Bill trained lost a parent with his passing. He will be missed by those whose lives he touched, yet his legacy will live on in the contributions he made to his trainees, his colleagues, and to the field of infectious diseases.